Главная Новости Zenit returned with a powerful win over CSKA

Zenit returned with a powerful win over CSKA 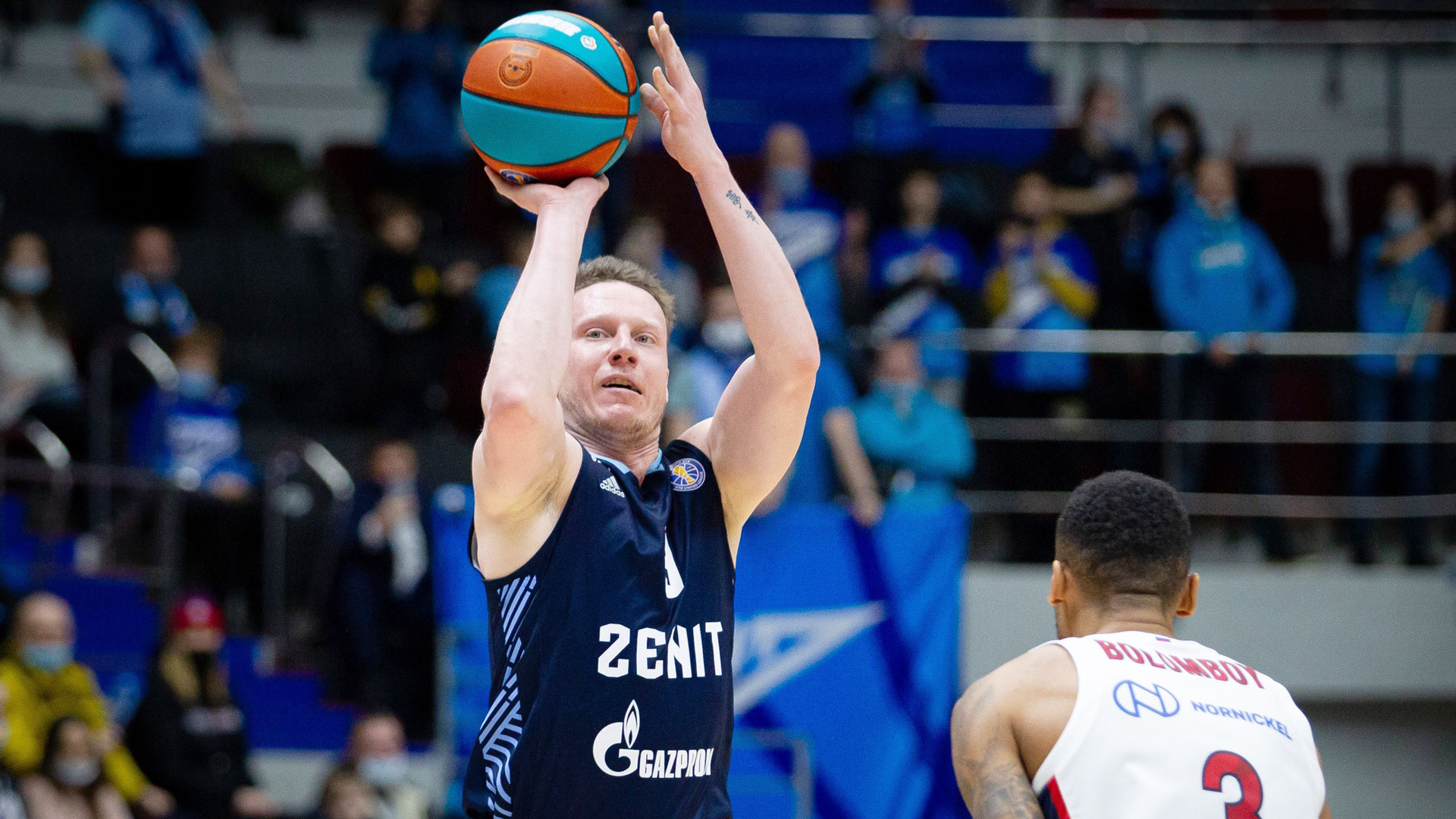 The 2022 opener was marked by the visit of the VTB United League leading team, which gained a crazy playing shape in Europe as well. The “shortened” bench the Zenit set difficult tasks for Xavier Pascual.

The first effective action in the new year on the home court was an excellent defense against Loyd, and he also opened the scoring in this game from a distance. A good start from the blue-white side made Dimitris Itoudis take the first time-out at 5:13. The thrashing benefited the army team, and 3 minutes before the end of the quarter, the difference in the score became minimal. A few nerves in the end – and the first quarter ends with a score of 21:21.

The fans got excited and the players felt it. 4 points in a row from the Zenit were met with 4 points from CSKA. Baron woke up, having scored a three, and especially pleased the fans and Denis Zakharov also upset the head coach of CSKA, by scoring a floater. Kulagin caught rhythm – and already +6 for Zenit. And, of course, the author of the first accurate throw in this game could not help but “close” the first half. Loyd’s 17th point – and 42:35 before the big break.

The second half starts with an excellent defense. The same “starting” three points come from Jordan Mickey. For the first time in a game, the advantage reaches double digits. Pushkov brings this advantage to a dozen – 47:35. Only at the end of the third minute of the quarter Shengelia gains the first points of the army team in this ten-minute period. Kuzminskas made the stands explode with his main weapon – an accurate three-pointer! The same “charge” was released by Billy, to which only Bolomboy answered with a kopeck piece. A very unnecessary foul in the attack was received by Alex, and Shved recalls the shots from a long distance – 59:48. A double-edged game at the end of the quarter kept a comfortable advantage for Zenit – 65:53.

Kurbanov, as captain, recalled that it was too early to give up and scored from afar. Exchanged the exact “big” – Mickey and Milutinov. After 2:27, Bolomboy makes the difference with an accurate three-pointer – 74:66. The hitherto “invisible” Xavier Pascual is forced to take a timeout.

We say “thank you” to Ponitka, who gave the candy under the ring to Alex. One last time-out is taken by Itoudis, but he lets Baron simply reload his cannon: another 3 from Billy!

Nervous, but understandable to everyone, the ending brought Zenit such a necessary and such a fundamental victory – 81:68!

I congratulate all the fans on this victory. After such a long pause, we returned to the game and were able to show a good result. We had a rival team that is now one of the best in Europe. We managed to control the flow of the game, and we managed to compensate for the lack of players through proper rotation. The most important thing is that we entered the game with a crazy attitude, strong spirit. All our fans deserve this victory!

December 20 in St. Petersburg Zenit will play against AS Monaco in Euroleague. Tickets on sale at tickets.bc-zenit.com