Zenit at the All-Star Game. World Stars tie the score in confrontations 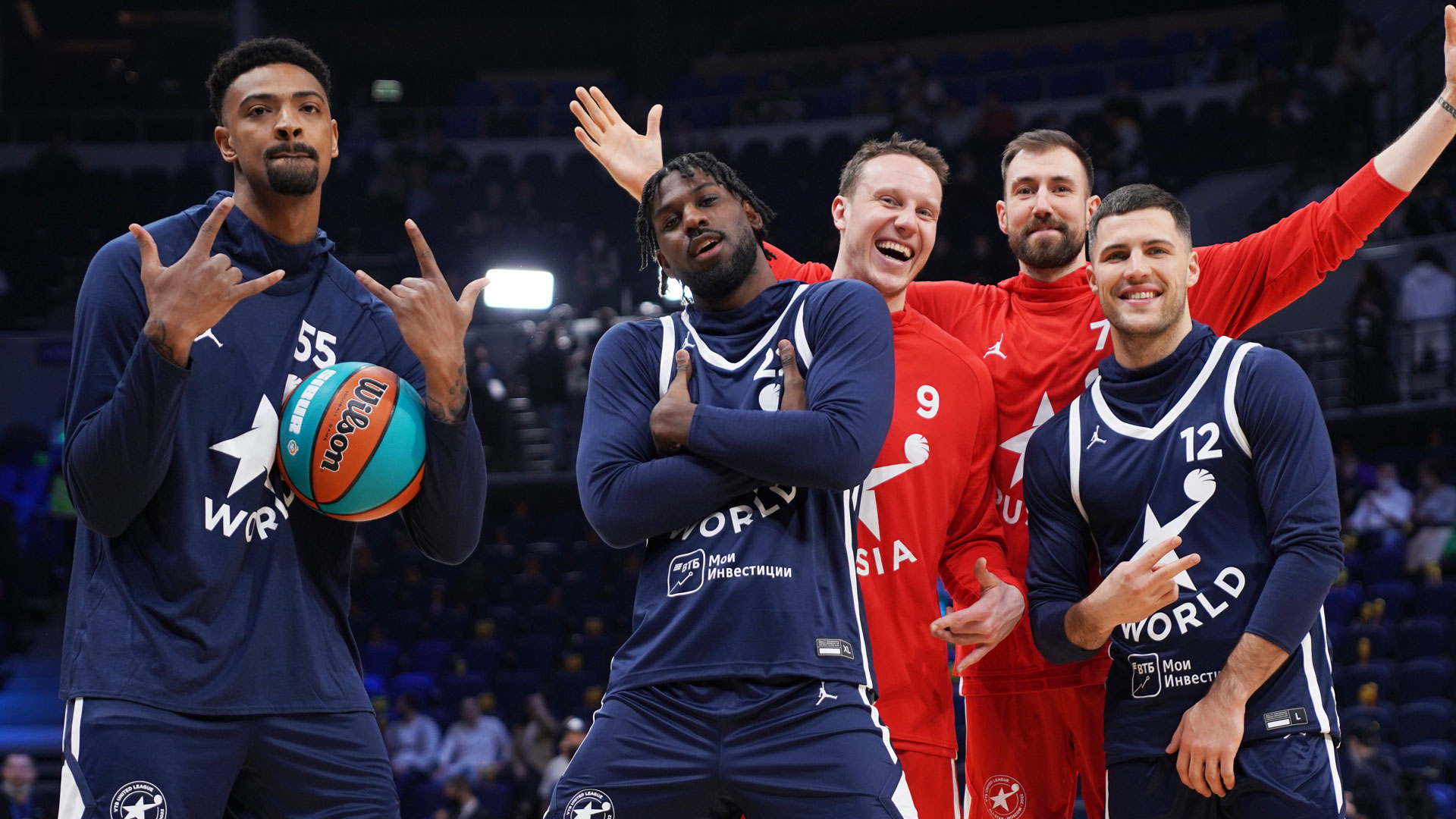 The 6th game of the best players of the United League was once again held in Moscow. The event was first held in Sochi in 2017, and in 2018 it was hosted by St. Petersburg. Since 2019, the All-Star Game has been held at the VTB Arena in Moscow.

For all the fans, this game was supposed to be the next step in getting out of the annoying conditions of restrictions and difficulties. And now we can safely say that this step has been taken.

In the first break there was a competition of three-point shots. Billy Baron beat Mario Hezonja 22:18 in the final shootout.

During halftime the most spectacular competition took place. Alex Poythress was visibly nervous before the start of the contest. There was only one explanation – the desire to win and show his best dunks. The first round of the competition brought Alex to the finals, who in the second attempt jumped over Isaiah Canaan and Billy Baron and received 47 points, and Mario Hezonha, who immediately showed his determination to win.

In the final, the Croatian performed a difficult dunk, pushing off his mustache, and Alex showed miracles of plasticity for the players in his position, but, unfortunately, the attempt was realized only from the 4th time.

Bottom line: victory for the Croatian UNICS player, but a great show for fans of overhead shots.

By tradition, the teams played fourth quarter at full strength. In general, this is how it turned out this time. The Russian Stars did not let go of the opponent until the very end, but in the last two minutes they could not score a single field goal.

Mario Hezonja was named MVP of the game with 29 points. As they said in the stands, this prize could well have been given to Jordan Mickey (28 points and 11 rebounds), as always, playing for the benefit of his team.

I want to note that the All-Star Game was held at a very high level. The stage, the program, the special effects, the competitions were sustained and competently built. Billy won because he was supposed to win. Alex could have won if he had made this difficult dunk on the first try. The fans were satisfied, it was evident from their reaction. I do not regret at all that I watched the game from the podium, and not from the players’ bench.

Zenit’s next home game in the Euroleague will be played on February 25 against Barcelona. Tickets on sale at tickets.bc-zenit.com