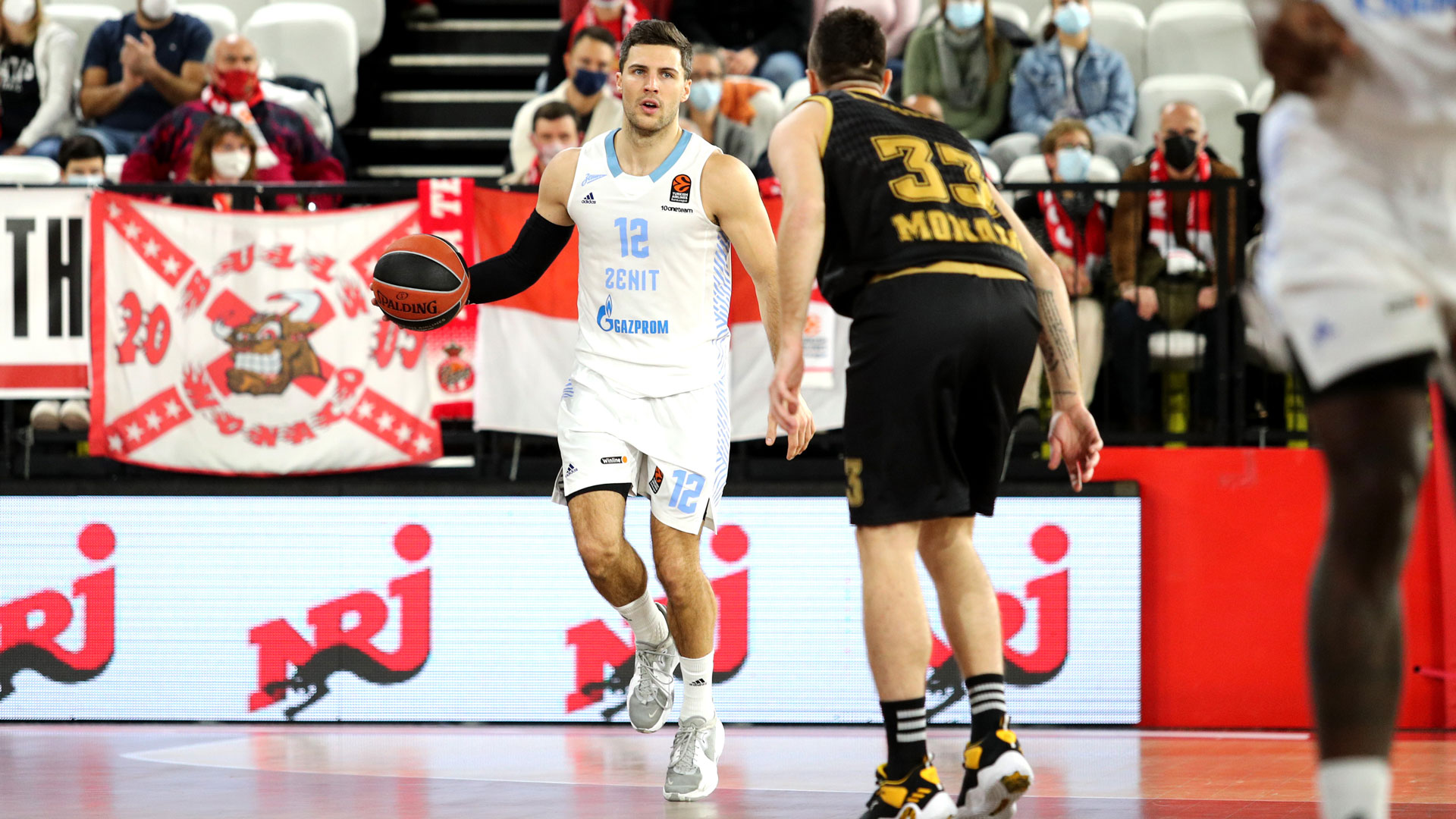 On January 20 at 20.00, Zenit is going.to face against Monaco for Euroleague regular season round 22. It will be the first-time-clash between teams at SIBUR Arena.

After the teams met in December, the guests lost to Alba in Berlin and beat Maccabi at home. The team is on the ninth place of the Euroleague standings.

AS Monaco started their first Euroleague campaign with Zvezdan Mitrovic, but before the 15th round club parted ways with the head coach and appointed the experienced Sasa Obradovic in his place. The 52-year-old Serbian specialist has already led the team in the 2019-2020 season.

Monaco made some good signings at the start of the season. An experienced point guard with high intelligence on the floor, Leo Westerman, joined the team, for whom this season is the 10th in the Euroleague and the 8th in the new club. Center Donta Hall of the Orlando Magic has added rebounding power to the team and often blocks opponents’ shots. Dwayne Bacon also moved to Monaco from the Orlando Magic, and the forward is the team’s second-highest scoring player and top stealer.

No doubts Mike James is the main star of the team, one of the brightest stars of the tournament, and the most productive player. This season, he has shown more than once that he can single-handedly turn the tide of the game and bring victory to his club.

Just a month ago, Zenit visited Monaco for round 16. The fight in the game went on until the last seconds – the leader changed in the fourth quarter, but three minutes before the end, Loyd brought the Russians ahead with three-pointers – 74:85.

Face-to-face in the Euroleague – 1:0 in favor of the Zenit.

Opponent forces in the Euroleague

Zenit forces in the Euroleague

We are going to play against one of the most talented teams in Europe. In offense they are amazing. AS Monaco are in great shape, I think in the best moment of the season after three wins in a row. Big players can play both high post and low post. Will Thomas can play low post and can open the floor. Donatas Motiejunas can do also the same. We are talking about one team extremely dangerous in the offense. From Our Side, we have to control the rhythm and play solid defense but we have to accept that despite our defense they will shoot the difficult shots. In the offense, we have to be effective and not make turnovers. It will be a very difficult game for Us. We will decide about Tyson Carter to play this game because we are always trying to win.

We had such a long break. The victory against CSKA was very important for us, as it gave us confidence. AS Monaco are playing very well now, they have won several times in a row and they will play well against us. We should play fast, move the ball fast, and put in as much energy as possible. They won several victories in a row, they know their strengths. Coach Obradovic manages the team well. It will be a very difficult game. Mike James is a great player who can make difficult shots. We should constantly create difficult situations for him for all forty minutes and I am sure that we will be able to reduce his effectiveness.