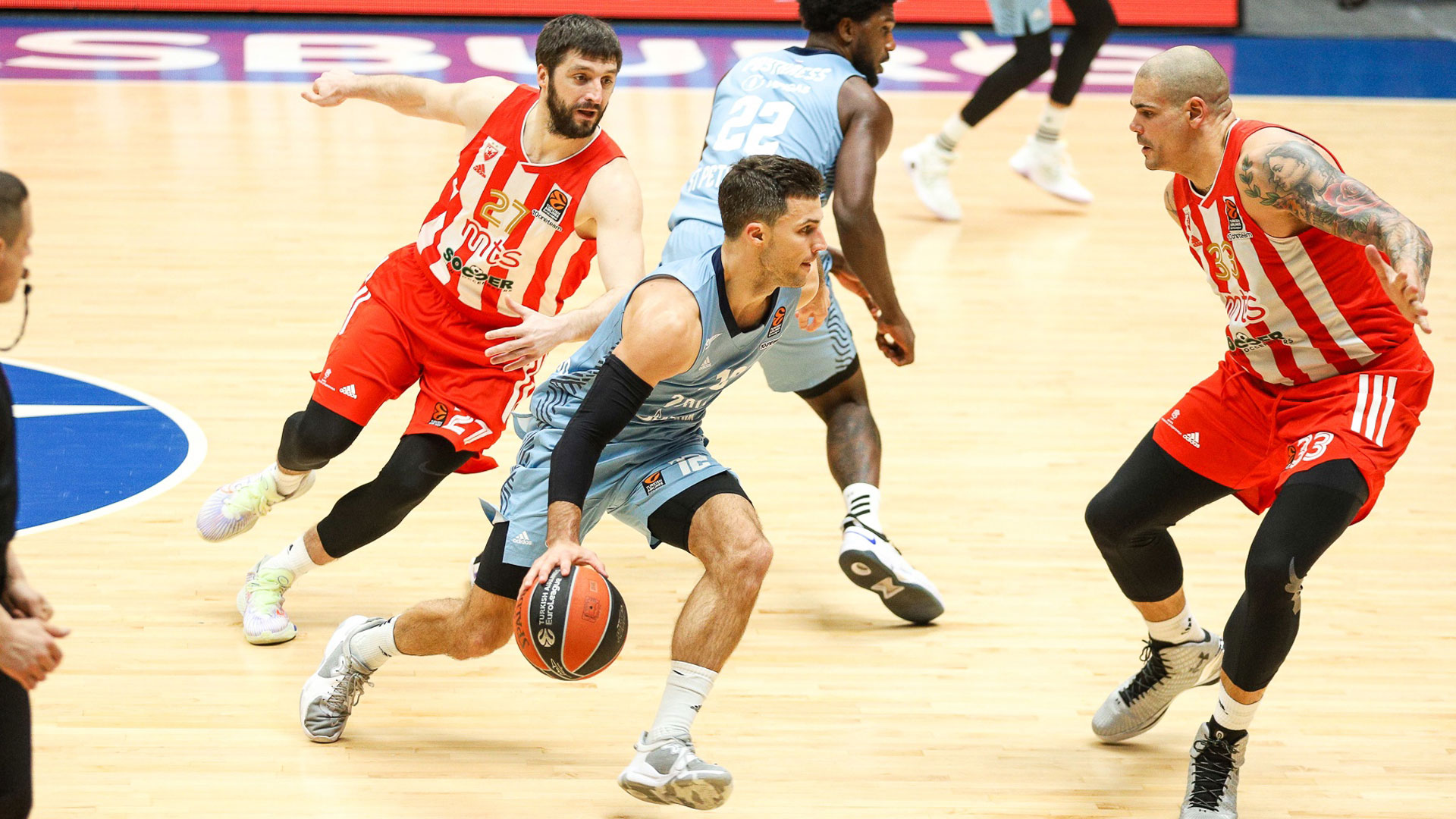 After the victory over Zenit, the Serbian team won two more victories – over Olympiacos and Bayern, and also lost to Barcelona and Efes and is now on the twelfth line of the standings.

Montenegrin specialist Dejan Radonjic came to Crvena Zvezda in December, after the resignation of Sasha Obradovic. He has already led the club from 2013 to 2017, won the Adriatic League, the Serbian Championship and the Cup three times. He worked for two seasons at Bayern, twice won the German championship, as well as the Cup of the country.

The club renewed more than half of its roster and retained Uskokovic, Davidovats, Lazic, Dobrich, Simonovich and Kuzmich. New defenders Nate Walters and Austin Hollins are already making a big difference to the team’s performance. Powerful forward Aaron White adds athleticism to the front line, while forward Luka Mitrovic adds stamina on the floor and a strong word in the locker room. Point guard Nate Walters returned to the team, having already played at Crvena Zvezda in the 2016-17 season under the leadership of Dejan Radonjic.

The most productive and efficient player of the Serbs is Nikola Kalinic. The former Euroleague champion with Fenerbahce returned to Belgrade after five seasons in Istanbul and one in Valencia. He played for Crvena Zvezda in the 2014-15 season.

Crvena Zvezda came to Petebrurg at the beginning of December and evened the score in the confrontation between the two teams – 2: 2. The Serbian team won with a score of 58:69.

Meetings with Zenit in the Euroleague – 2: 2

Opponent forces in the Euroleague

Zenit’s forces in the Euroleague

We have to end this year with a difficult match. We will play against a team that I personally like very much: tactically – in attack and defense, they play great. I like their organization, their seriousness. This is one of the Euroleague teams that are in the best shape right now. It will be difficult for us to play in Serbia. They have strong support in the arena. We face a difficult challenge. We lost at home, so we need to react: play better and create opportunities to win.

They beat us in the first meeting. We did not play very well then, showed insufficient physical basketball, made a lot of mistakes. We are looking forward to our second meeting to play better and beat them in physical combat. As a team, we discussed the upcoming trip all week. We need to play better, cheer each other up, stay in a positive mood. It’s hard to play away in Serbia – it will be very loud there. We need to stick together, follow the coach’s plan for the game, and everything will be fine.