08
December
Thursday
The match is over

11
December
Sunday
The next match 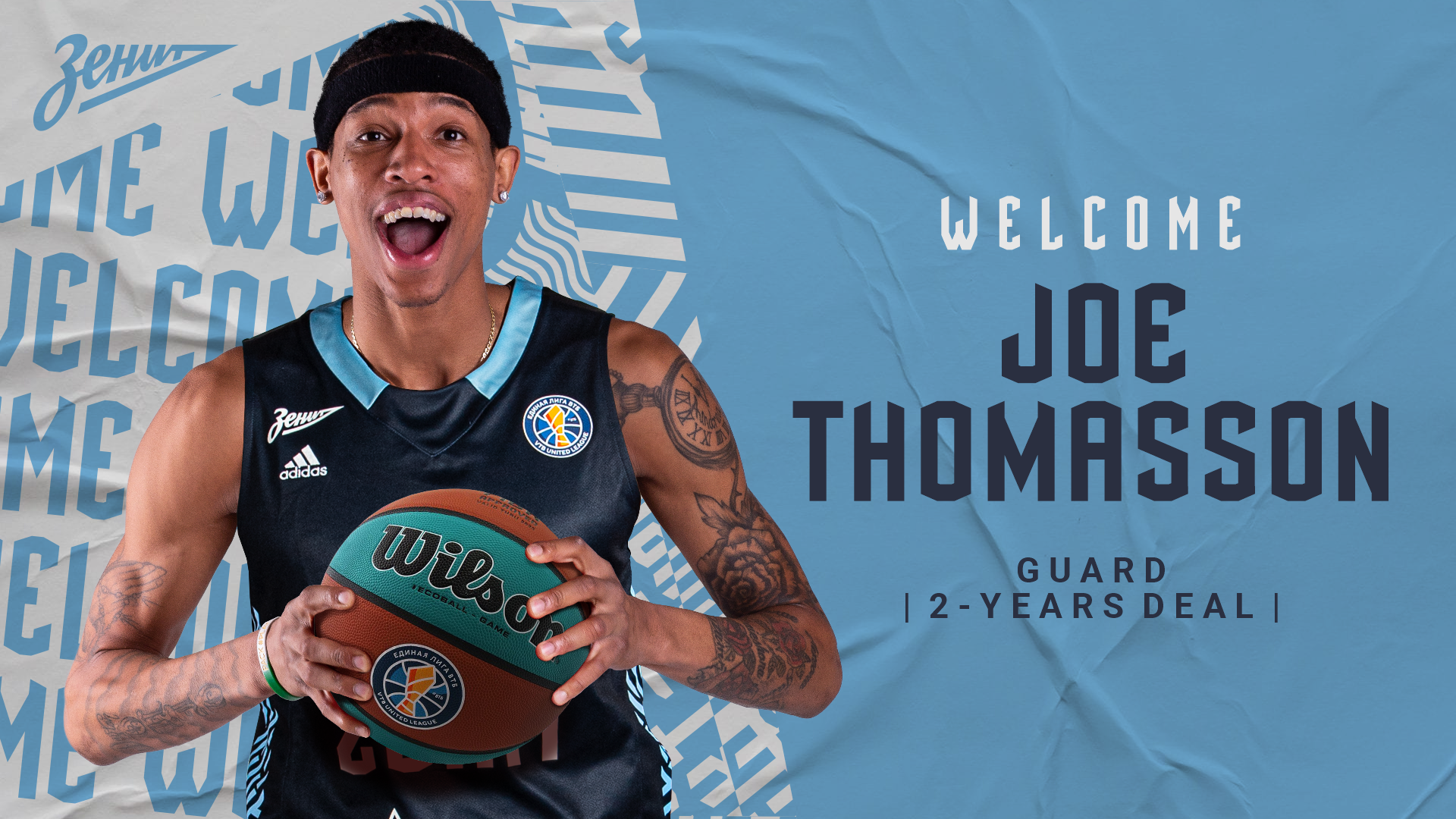 Zenit bought the rights to the American guard from the Spanish club BAXI Manresa. The contract with the player is for 2 years.

We are happy to welcome Joe in our club. We believe that he is a player who has the skills in both sides of the court to help us conquer our goals.

I’m excited about joining the club, this is a major opportunity to play for the VTB once more but with a bigger organization. Playing for a high-level coach like Xavi Pascual will bring the best out of me. I look forward to meeting my teammates, the coaching staff and of course the amazing fans.

Joe was born in Dayton, Ohio. From 2013 to 2015, he played in the NCAA for Wright State College, after which in 2016 he was selected in the second round under the 42nd number of the G-League draft by the Boston Celtics farm club – Maine Red Wings.

Thomasson is already familiar with Russia. In the summer of 2018, the guard signed an agreement with Burevestnik Yaroslavl, where he spent only 6 games in the first division of the Super League. Interesting fact, it was in the Yaroslavl team that Joe first played against Zenit. However, it was a friendly game. Nevertheless, then at the SIBUR Arena, the guard posted 20 points against St. Petersburg. At the end of November, the basketball player left the Burevestnik and signed until the end of the season with the Polish Start Lublin. As a result, he became one of the best scorers of the Polish championship: 19.3 ppg, 3.7 rpg, 5.2 apg in 21 games.

The next stop was Zielona Gora. Impressive debut in the VTB United League and Polish championship gold. The season was interrupted then, but Gora clinched the playoffs of the United League. In the game against Zenit, Thomasson scored 16 points, and the averaged 12.3 ppg, 2.6 rpg, 3.4 apg.

After Poland, Joe went to finish the season in Israel, where he spent the next year and a half with Galil Gilboa.

In the summer of 2021, Thomasson signed a two-year contract with BAXI Manresa. At the age of 28, the guard will make his debut in two strong European competitions — the Spanish ACB League and the FIBA Champions League — and again very confidently. Manresa improved its last year’s achievement and made its way to the ACB playoffs, where it faces the future champion Real Madrid. There was no sensation, the “red-black” lost to the Real 0-2 in the series. In both matches, Thomasson spent more than 30 minutes on the floor, scoring 12 and 16 points.

In May 2022, Joe added Champions League silver medals to his collection. Manresa was close to the title, but still lost in the Spanish final against Tenerife. Joe Thomasson had a brilliant season averaging of 12.9 ppg, 3.2 rpg and 3.7 apg.

In Zenit, the guard will play at number 32.